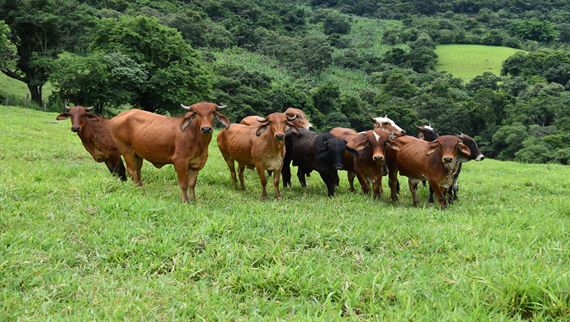 Since shortly after man came on this planet we have consumed meat. How this initially occurred is not understood in any fashion, but if we go back in the human record we find that our ancestors were consuming it thousands of years ago.

Since that time humans have learned that meat is a nutritionally complete food source and can sustain us as well as satisfy our taste buds. Through the millennia, humans have learned how to eat it in hundreds of ways and we time progresses new ways to consume it emerge and mature.

In the developed world meat is a normal part of nearly every meal served. The amount of people who do not consume meat remains at constantly less than five percent, so the vast majority of people eating and eating meat throughout the day. In the less developed parts of the world meat is certainly consumed is less quantities, but it still forms the base for nutrition because of its ability to satisfy the body’s complete needs for nutrition.

Because of meat’s popularity, there is a massive and thriving meat producing industry. Everything from cows to chickens to fish are raised by the billions to feed humans on every corner of the earth. This industry has created an entire industry complete with plants that birth, raise, slaughter and distribute animal meat.

This industry has usurped the traditional farmer who would raise cows or pigs and sell them at market or ship them to supermarkets. The story has been told that farmers could not keep up and new methods which prevail today were needed. There is much debate about this topic, but what is not debatable is that the current way that meat is brought to consumers creates health and ethical issues that are large and important to become knowledgeable about if you are a meat eater.

There is also a large and growing industry that provides alternative to factory produced meat. This industry is made up of smaller typically family owned farms that raise free range and usually organically meat. They also only sell ethically farmed meat products.

The average meat animal is born and raised in a factory type setting where they live in small animal enclosures and are fed a diet of hormones to enhance their quick growth so they can be slaughtered and sold. The faster this occurs, the better for profits. There is no concern for the animal, its feelings or its health, there is only concern for the business becoming as efficient as possible and this means moving as many animals as quickly through the process as possible.

The environment for the animals in these places is abysmal as you might imagine. In some cases they never get to move unless they are off to slaughter when they are moved along a trial by electric cattle prod. Their food consists of cheap animal feed that often contains fecal matter and garbage. Because the animals are kept in such close range and not allowed to roam and sometimes stand all day in the feces, these places have constant issues with diseases. So they give the animals lots of antibiotics to try and keep them reasonably healthy. The average consumer has no idea that this is the plight of the animals they are eating nor are they aware of what the animal has been fed.

Ethically farmed meat means that the animal had its entire life spent in a farm setting, where it has been allowed to roam in a pasture, with lots of room to exhibit its traditional habits. Cows get to act like cows and chickens like chickens their entire lives. Their diet is a traditional diet whereby beef and dairy cows feed on grass, and birds eat grass and grain supplements. There are no hormones or antibiotics fed to these animals.

Ethically farmed animals produce superior quality and tasting meat. Because the animals have been raised naturally, pesticides, antibiotics or growth hormones does not contaminate the meat. As a result, the meat you are feeding your family is also healthier. It has been shown that ethically farmed meat contains larger amounts of key nutrients including: Vitamin A, CLA, Vitamin E, and omega-3 fatty acids, which create a reduced risk of cancer, cholesterol, diabetes, and high-blood pressure.

Another key factor is the ethical treatment of the animals that we eat. We owe it to ourselves and the animals we share the planet with to use every opportunity to treat them fairly and humanely. There are no reasons for our treating them in the horrific conditions of the traditional animal factories. We need to end this process and ethical animal farms show us the way.

For more information on ethically farmed meat as well as how you can order items and have them delivered to your door step, follow the link below. Be sure to make it a point to protect Australian ecosystems (and the planet at large) by purchasing ethically sourced meat that won’t cost the planet.

Founder at The Coder Chick (previously The IDEA Bucket); Anya lives in Denver and works as a Data Scientist. The Coder Chick is focused on the lifestyle of a girl in STEM and tips on how to build a business and a career in tech with a focus on skill-development, interviews, internship, and personal projects! The IDEA Bucket was originally focused on small business ventures and practical, urban lifestyles. For specific inquiries, you can e-mail contact@thecoderchick.com View more posts