I read Dostoveysky’s Crime and Punishment three years ago, yet a character the author created remains clearly etched in my mind. 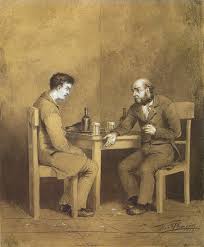 Rodion Raskolnikov is a protagonist who cannot be easily forgotten. Being described as ‘very handsome and extremely intelligent’, one would usually have a very positive image about the character. But, the actual case differs. He is said to be a former-student since he has no money to further his studies, he does not have a job, writes sporadically, lives in grim quarters and eats rarely. If he had not been described as having a brilliant mind, the reader would not feel any empathy towards him or inclination to like his character.

Raskolnikov spends his days sleeping in depths of gloominess and depression. He is shown as plunging into madness yet he speaks and thinks brilliantly. This gets the reader riveted.

He plans to murder his old landlady and pawnbroker, who he describes as a parasite the society should be rid of. Shrouded with disoriented idealism he kills the old lady and her ill-fated sister who happens to stumble across the body. Raskolnikov takes the old woman’s purse and believes he can do social justice with its valuable contents. 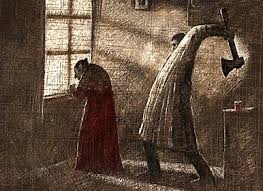 Soon after committing the crime, he is shown as being drawn into sickness due to his conscience. He is more than once in the verge of giving himself away. He later confesses his crime to the police lieutenant who was onto him since the beginning. He is sentenced and sent off to Siberia. 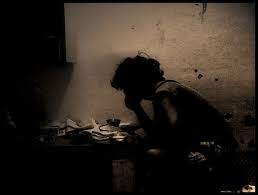 Crime and Punishment was no doubt one of  Dostoevsky’s finest books. He wrote it after returning from exile in Siberia. Dostoevsky had the unnecessary gift of getting into debt. While at college, he rented an expensive flat and spent his reasonable allowance irrationally and spent the rest of the year in abject poverty; starving and not having money to keep his apartment warm in winter. But for all, it was his unrestrained genius that saw him through life.